Super Off Road was produced in 1989 by Leland.  There were a few different configuration that were released.  There was a 1-player, 2-player and 3-player version as well as an upgrade Track Pak.  The Track Pak added different coarses as well as another vehicle, the dune buggy.

The object of the game is to beat Ivan Stewart (white truck) and collect money through wins or on track cash pick ups. At the end of each race players can buy nitro, upgrade acceleration, tires, top speed, and shocks.

The Track Pak version has 8 new tracks and also let the player choose between the truck and dune buggy for vehicle.  The truck has better top speed and traction while the dune buggy has better acceleration and suspension. 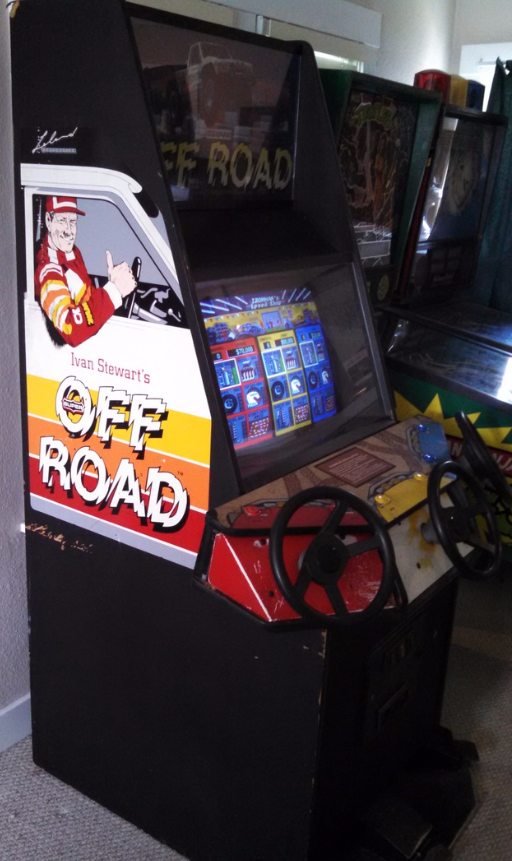 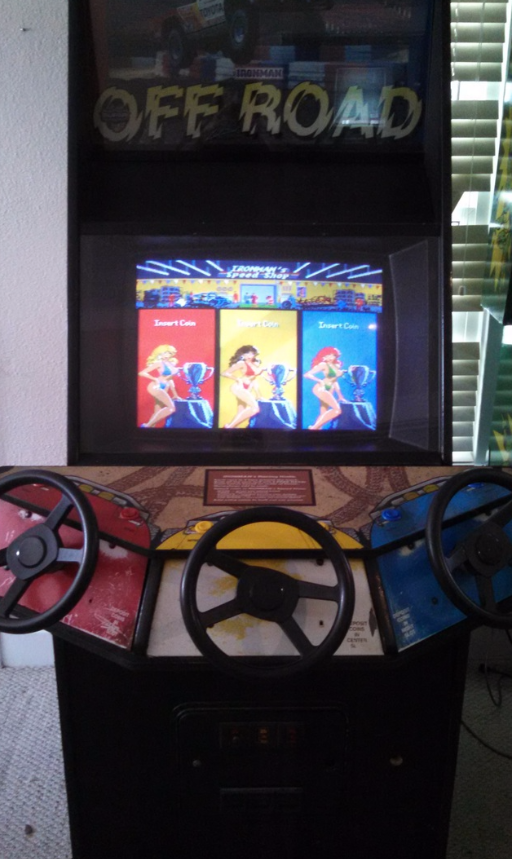