Rush'n Attack was produced by Konami in 1985.  It is a side scrolling action game where the player battles the enemy to reach the prisoners at the end of the stage.  It is a 2 player game where player 1 and player 2 take turns playing.  Controls include an 8-way joystick, a knife attack button, and special weapon button. 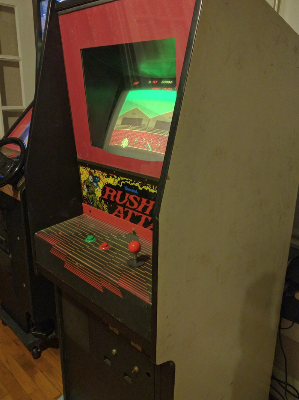 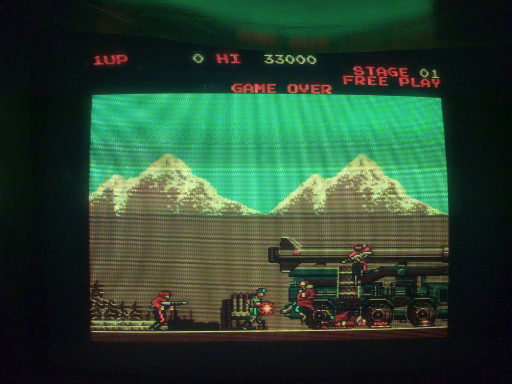 Blue monitor gun is not firing causing the picture to have a brown tint. Will try to bring it back with a tube rejuvinator. 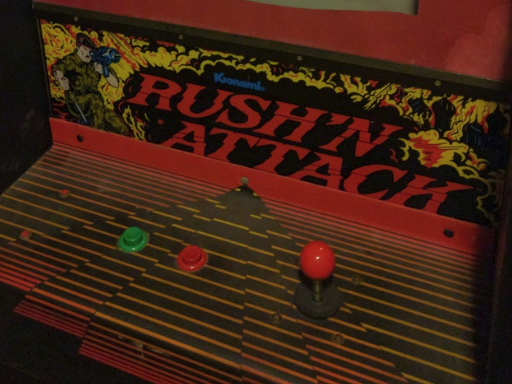 Control panel is not configured very well.  It will need to be reworked moving the controls.