The Playchoice 10 was produced by Nintendo in 1986.  There were 3 different versions, a table top version, single monitor (factory and as a convertion kit), and dual monitor.  The Playchoice has 10 slots to interchange games allowing for a constant rotation.  When the player inserted a quater time was added to a timer, players could change between games as long as there was time left.

The Playchoice featured two 8-way joysticks, two sets of buttons (A & B), and players shared the start and select buttons. There was also a button to scroll through the list of games, a button to select the highlighted game and a button to exit the game and return to the game select screen. 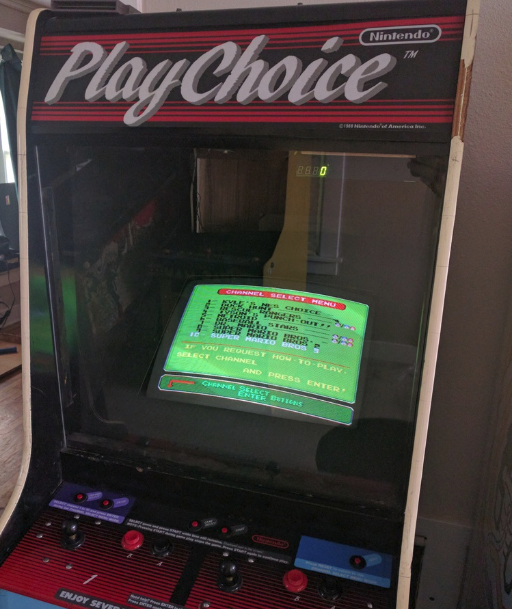 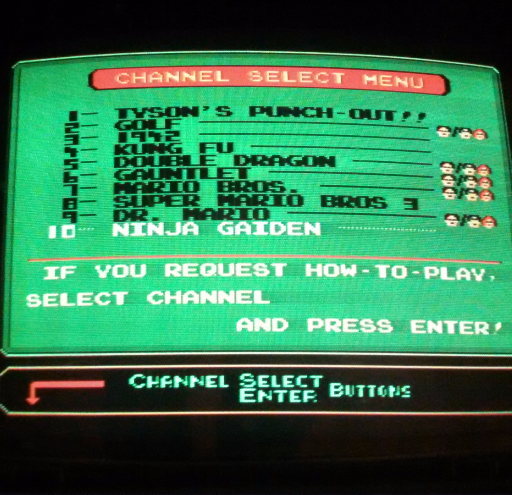 Looking for an appoximate value of a Playchoice game you have or are thinking about buying?  Here is a link to an on going spreadsheet of eBay sales starting Jan 2015.  The date last updated is top left of the first tab.